In June 2014, Google introduced Cardboard- an ultra-cheap cardboard viewer which could transform your smartphone into a virtual reality (VR) headset. It was the beginning of a new era in VR, usually considered to be the personal domain of rich technocrats. Any person could now easily use Cardboard with compatible apps from the Play Store to immerse himself into a VR world- you could visit foreign cities, watch adventure sports, immerse yourself into space travel or wander around an Egyptian pyramid.

Come 2015, and the VR market witnessed a deluge of durable plastic headsets, and in 2016, we saw the launch of several high-end headsets from industry leaders such as Samsung, HTC and Sony.

Let’s now look at some of the most innovative and fun apps that you can use with your Virtual Reality headset:

If you are a newbie to the world of VR, then Google’s Spotlight Stories is probably the best way to get you started for an immersive experience. It includes nine short stories built using 3D and 2D animations, with each available as an individual download.

You can travel with a girl and her father inside a moving car in ‘Pearl’, find yourself in the streets of London with ‘Rain’ or ‘Shine’, have a night out with insects, watch a tribute to The Simpsons or dive into a suspense-filled drama in Los Angeles that happens right after a meteor shower. All the stories give a first-person view so you can look around and explore your surroundings.

Discovery Channel’s virtual reality app transports you right into the middle of a live action scene. You can jump into the sky with a sky diver; watch a group of samurai present a fight sequence; get close with the tiger and his life in the jungle; explore shark-infested shipwrecks or ride in a balloon to float up to the high skies. A working data connection is required for this app since the videos are streamed online each time you play them. Most videos are a couple of minutes long and though the quality is not razor sharp, the playback is quite smooth.

This app can be used to click and share VR photos with your friends and family. You can view the pics even without a headset, in a normal panorama, but viewing it in virtual reality makes the experience a whole lot better. Taking a snap is easy- just hold the phone in portrait mode and move it around slowly to pan out the surroundings, just like a panorama mode. Sound is also recorded in your photo, so viewers can get a more realistic feel of the environment. 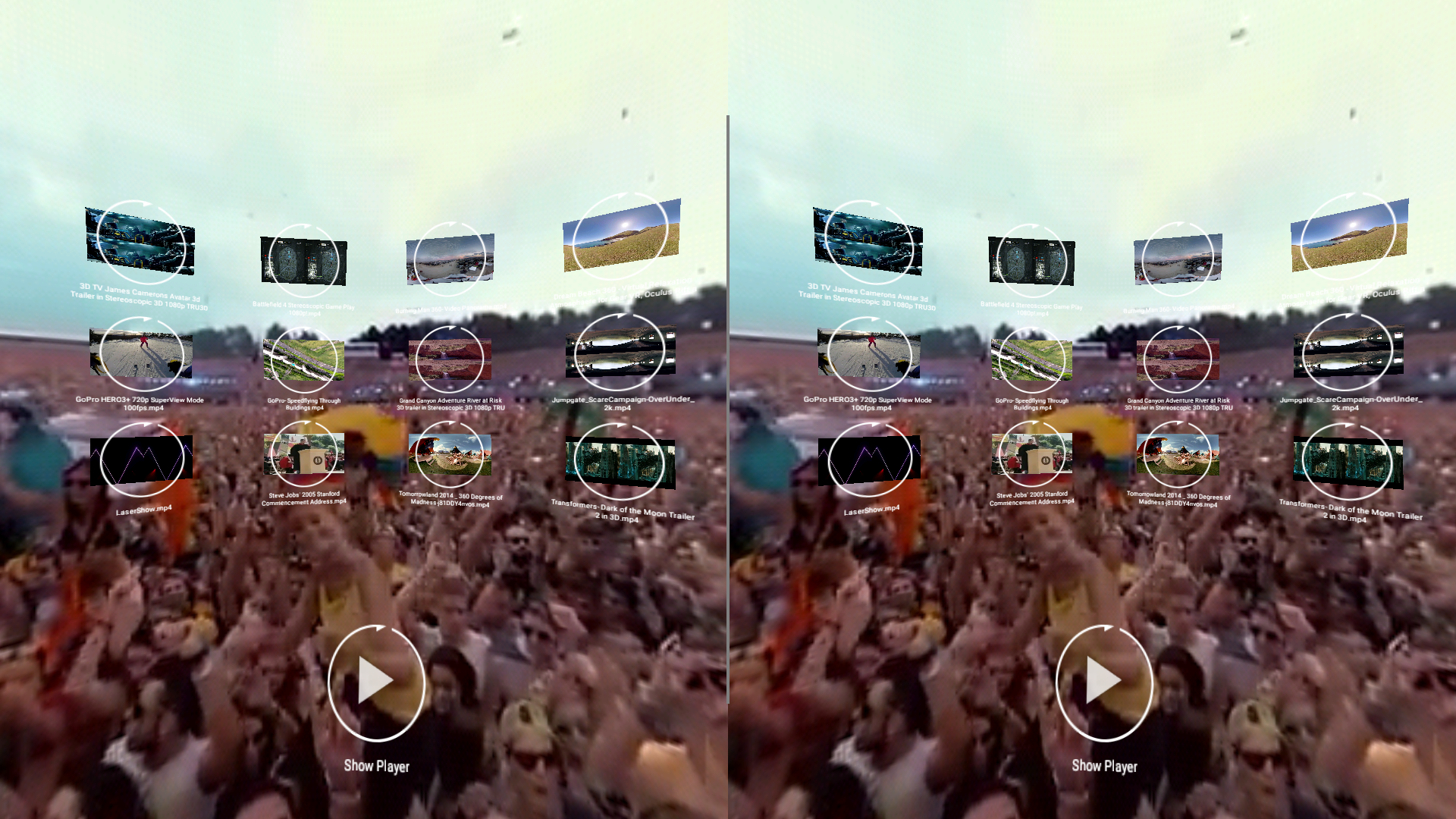 Don’t have the equipment to shoot 360 degree VR videos? You can still make your regular footage more immersive with AAA VR Cinema. This app plays two screen simultaneously and you can have a great VR experience while viewing through a headset. Several orientation and configuration options are available to work with your smartphone and the app menu can be navigated even with the headset on- you simply have to look at the control that you want to use. Watching short videos is recommended as prolonged use may cause disorientation.

Highly popular in the educational sector, Expeditions can be used as an immensely entertaining tool to show kids different aspects of the world- you can swim around in a coral reef, traverse outer space, walk the streets of Paris, make a trip to the Moon, climb the Mount Everest and much more. You will require multiple smartphones and virtual reality headsets to use this app, with all the sets connected to the same Wi-Fi network.

You can then become a ‘guide’ while others can join the tour as ‘explorers’. The app provide talking points and you can hold interactive Q&A sessions also. More than 200 tours are available and visuals are mostly still, 360 degree images to avoid discomfort to children.

Yes, Street View can be used even without a VR headset, but experiencing it in VR is an entirely different experience altogether. This app is of great help if you are planning a vacation to some new, exotic place. You can plan out your itinerary by choosing particular landmarks, museums or restaurants to visit, and also take your own 360 degree snaps by publishing them to Google Maps.

Orbulus is a great virtual reality app that provides a fresh perspective on real-world places that can’t be visited in person. It uses Google’s Photo Sphere technology to create a gallery of images of some of the most famous tourist hotspots across the world, as well as lesser known locations.

VRSE is a cinematic VR app that is increasingly being used by budding documentary makers for their movies. VRSE has music videos and fun shorts, as well as serious stuff taking you across the globe. You can read more about the app in an interview with its co-founder Chris Milk.

The New York Times has been experimenting with 360 degree videos to change the way how it reports news and to provide a more immersive storytelling experience. The NYT VR app is a showcase for its reports- you can plunge into oceans, visit the surface of Pluto and do a lot more.