Now we know the Apple Event for the iPhone 7 does not take place till September 7 but we wanted to get an early jump on what will be an inevitable release from Apple, the iPhone 8. Where the rumors about the iPhone 7 may be lacking in any real substantial upgrades to the physical device whispers about the 8 and the future of smartphone technology is sure to spark your nerd interest.

Possible waterproofing is cool. So is the prospect of higher quality bluetooth headphones or “Airbuds” as Apple is expected to call them. But cooler still are the advances still to come in the iPhone 8 and subsequent releases.

Next year marks the 10 year anniversary of the iPhone’s release and is expected to be the stage for Apple’s biggest update and redesign to their breakthrough smartphone. While the release is still a year away the amount of changes expected need some time to sink in so we are going to get a little jump on the action and breakdown what to expect from the iPhone 8.

This feature has been a long talked about and debated update. It has already been seen on other smartphones such as the Chinese made Nubia Z11 which boasts a 5.5 in 1080p display. Although this screen tech already exists and is implemented in other devices such a screen has not yet been attached to a Apple product and will likely be a big draw for the new phone.

What this means for iPhone users is that the bezel at the top and bottom of their phones will be gone, replaced with more screen and a touch sensitive unlock button. Jonathan Ive has long been dreaming of a iPhone that appears as a solitary piece of glass, the iPhone 8 may just begin to fulfill Jony’s dream. 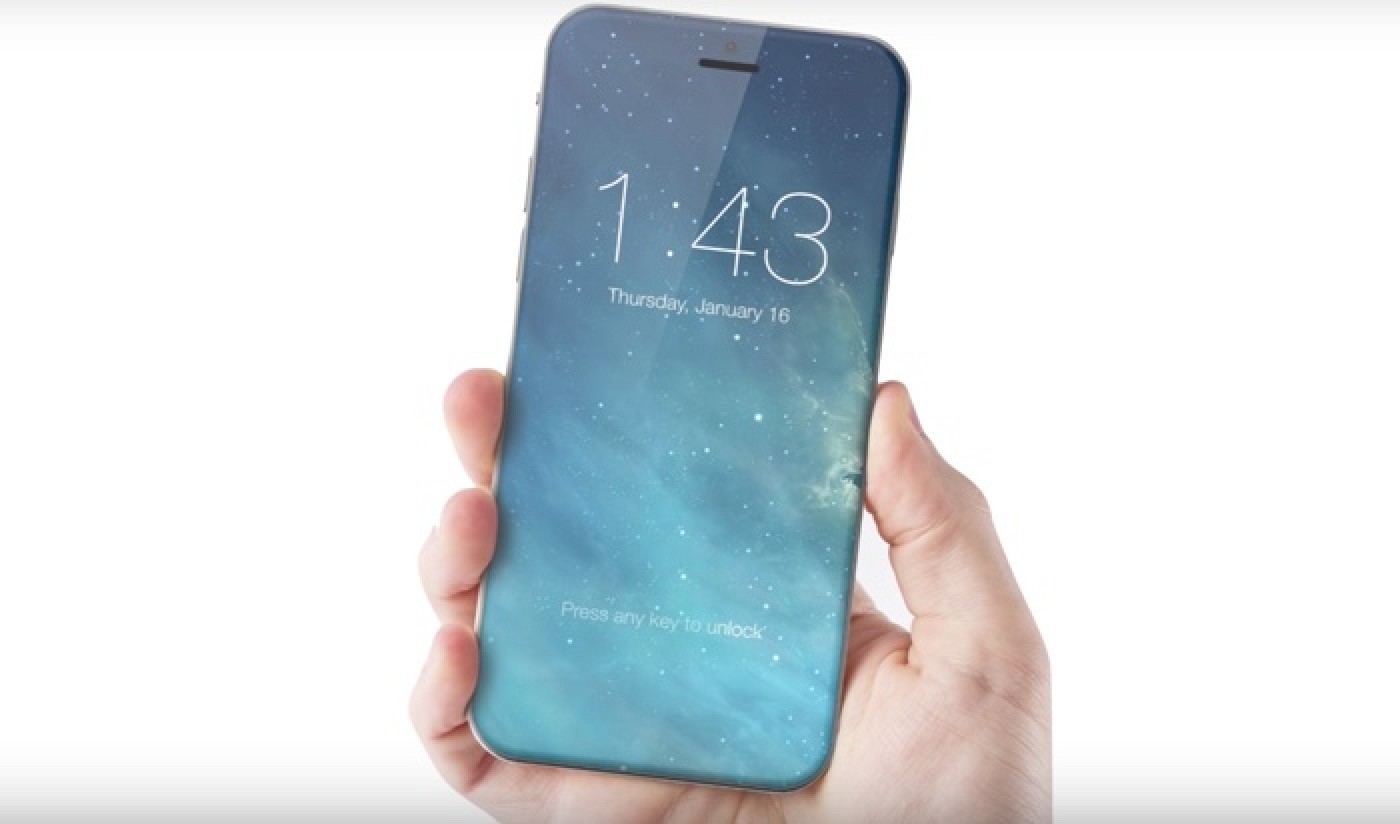 The iPhone 8 will be the fastest and smoothest running device Apple has yet to release. Set to boast a 10-nanometer A11 chip which will make the phone run faster and perform more efficiently than devices have in the past. Along with the A11 chip are rumors of iris scanning technology as well as long distances wireless charging. For the validity of those rumors we will have to wait and see.

Design Of The iPhone 8

There have been many rumors flying around about the ultimate redesign of the iPhone 8 but one particular rumor has caught our attention. Thanks to statements made by analyst Ming-Chi Kuo it looks like Apple will be shying away from the aluminum body it has been using and return to the glass backed casing seen on the widely loved iPhone 5.

Thanks to companies like Gorilla Glass there have been many advances in glass technology. However glass backed phones are expected to be heavier and more fragile. Let’s see if Apple can’t find away to get around the weight problem. If so, everyone should be pretty understanding.

There are also rumors the iPhone 8 will come with three options, the normal phone, the S and the Premium model which is expected to come equipped with a OLED display.

Speaking of display, it has been reported the iPhone 8 will have a flexible OLED display and Apple has signed on with at least on manufacturer at this time. Samsung seems to get to produce the screens for Apple this time around.

Samsung will also provide around 4 million separate AMOLED panels. These panels are expected to replace those currently used in Apple products which are supplied by everyone from LG to Sharp.

These new OLED displays would remove the need for the device to be backlit which is a current function on all current iPhone devices. The new screens have also helped spark the idea that the iPhone 8 will curve do to the flexible nature of OLED displays.

As for now we will have to wait and see if any of these changes are surprisingly integrated into the upcoming iPhone 7 but at this point it seems unlikely to see any of these advances on a Apple product till at least 2017.

Gadgets To Invest In For A long journey 6 Tips For Commuting On An E-Scooter In Dublin