It seems like almost every month a different company pops up with a brand new, sleek, and shining Virtual Reality head set. Now don’t get me wrong, I get the appeal. VR offers users something maybe they have never experienced before, a false reality. But what happens when the decisions we make in a virtual world begin to impact the choices we make in the real world?

A recent study investigated this very question. Researches at Plymouth University set up an experiment using the Oculus Rift VR headset. They brought in a group of individuals and set them up with the headset. After immersing the test subjects in a virtual world they brought them to a bridge. On this bridge was a set of virtual train tracks but standing on the tracks were a group of five virtual human beings.

After the subjects understood that a train was coming, they could see it in the distance, the moderator told them they had a choice. They could do nothing and let the train kill all five of the virtual humans or they could push the fattest individual onto the tracks thus derailing the train and saving the other four virtual lives.

According to researchers, “When asked if they would preform the action in the judgment condition, 10% of participants endorsed a utilitarian response to the footbridge dilemma, compared to 70% who endorsed the action in the virtual dilemma.” 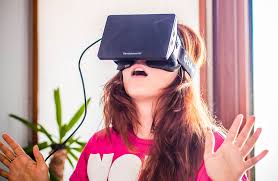 Now this doesn’t mean that the whole world is secretly rotten. It just goes to show that playing online roulette games in Virtual Reality may be a more enjoyable choice than in depth analysis of the human psyche.

Thanks to advancements in virtual reality we are using VR for much more than social experiments. Developers are creating entirely new worlds, creatures, and universes for users to explore and discover.

For more on upcoming virtual reality releases check out the exciting new project being developed by Iron Man’s Jon Favreau.

Most Reliable Payment Methods for Online Casinos in 2022

What Are the Features of the League of Legends Game?