Google I/O 2018, the annual developer conference of the search engine giant, kicked off at the Shoreline Amphitheater in Mountain View, California on May 8. Being a software company first and foremost (unlike Apple that has the iPhone unveiling as its main annual show), the I/O conference is Google’s biggest event of the year, and at I/O 2018, it showcased the latest advances in artificial intelligence, as well as significant updates to its core divisions, including Android, Google Assistant, Google Maps, Google photos and several others.

Right before the keynote began, the company announced it was rebranding its Google Research division to Google AI, thus highlighting the increased focus on neural networks, machine learning, and natural language processing. Let’s start getting into google news and see what all the major announcements from Google I/O 2018 were!

Gmail has got a new feature called ‘Smart Compose’ that uses machine learning to type out entire phrases based on user history and context. You just need to keep hitting the Tab button and Google will keep autocompleting your message. Crazy, right?!

Google Photos is getting loaded with features courtesy AI and machine learning. For example, there is a ‘Suggested Actions’ option that can spot friends in your pics and share those snaps with a single button press. You will also be able to convert an old balack and white photo into realistic color and edit it accordingly, and also convert your pics into PDFs.

Google Assistant, which originally had a voice called Holly, will now have more realistic voices using its WaveNet technology. It will also have six new voices, including that of R&B legend John Legend. Google has set a monumental task for itself- perfecting all accents and languages around the world. By 2018-end, Google Assistant is expected to support 30 different languages.

A huge change that Google is bringing to its Assistant is a feature called ‘Continued Conversation’ that will make your conversation more natural without the need of repeating ‘Hey Google’. Other features that will be coming to Google Assistant are ‘Multiple Actions’ support that allows different commands to be handled at the same time, and ‘Pretty please’, which seeks to inculcate politeness in kids through positive reinforcement. Google Assistant is getting a new visual canvas in the form of ‘Smart Display’, which is officially scheduled for a July 2018 release. The visual overhaul will be available on mobile devices as well, with Android devices getting a summer release and iOS later on in the year. According to the new UI, if you swap up in the Google app, your entire day will be displayed courtesy Google Assistant.


One of the most mind-blowing and intriguing demos that came out of Google I/O 2018 was of Google’s Duplex Assistant. It showed that Google Assistant could become an actual assistant by using text to speech, deep learning, and AI, as it made a real call to a hair salon, had a natural conversation with an employee and booked an appointment for a haircut!

Though the full feature is not expected to roll out in the near future, they are hard at work to allow businesses and consumers to benefit from this. An initial version is likely to be available soon that will allow businesses to get store hours, while the data will help Google to update opening and closing hours for different companies online.

Google News is being revamped with a focus on quality journalism. Following are the features we will see in the new, upgraded version:

Google’s new version of Android is called Android P, and it supposedly cares for you by providing “digital well-being.” It means Google wants you to spend more time with your loved ones, and use the phone less. This will be done by Android providing you information on how to use your phone judiciously, as well as creative control limits for screen time usage, especially with apps like YouTube.

Android P also has a new navigation system that will make multitasking easier by placing emphasizing gestures instead of buttons. Another feature called the ‘Shush’ mode automatically puts your phone on Do Not Disturb mode if you keep your phone face down. 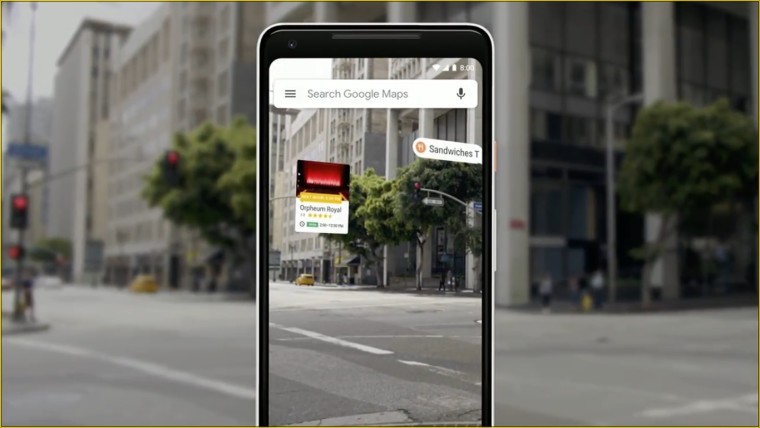 Maps has also become ultra-cool with augmented reality, as you will now be able to use your phone’s camera to navigate around using Street View. There will be even giant arrows and animated characters to help you out in case you need directions. In addition, there will be a ‘For You’ tab that shows new businesses in your locality as well as trending restaurants. All these features will be rolled out in summer 2018.

Another incredibly cool feature for the camera software will be Google Lens, which will be rolled out in the coming weeks. Through Google Lens, you will be able to point the camera at a book or on a sign and actually copy the text to your phone. Another shopping feature will allow you to point your camera at an item and get its prices and reviews. Google Lens will also work in real time to keep scanning objects in your camera frame, thus providing you live information all the time. Sounds just like a gadget that is seen in spy thrillers!