How Did Mobile Trading Platforms Change Over The Last Year?

And die, they did. I did. I think we all did a little bit. RIP Rickon. RIP Last Giant. Rest in Pieces, Ramsay. But at least Tormund Giantsbane and Ser Davos are alive, right? We were all really worried about that, don’t even front. Tormund and Davos > Giant and Rickon. I’m okay with it.

I cried, I trembled, I am doomed to another year of Miguel Sapochnik helmed nightmares. TBH, I’ve had reoccurring nightmares of ‘Hardhome’ ever since it battered and bled its way onto my screen around this time last year. Literally, every single night. OH. THE. HUMANITY.

First off, I’m still reveling in the bloody piles of squirming soldiers, feeling their guts in my guts, being crushed under all those bodies with them, but I ask- why did that even need to happen. And don’t say ‘Because then that whole battle wouldn’t of even happened” in that stupid, whiney voice. It didn’t need to happen and I blame Sansa. Why didn’t Sansa tell Jon that Petyr Baelish and the knights of the Vale were coming? She lords her “advice” over Jon, she knows he knows he doesn’t have enough men, she threatens to commit suicide if Jon loses, and she runs away and doesn’t tell him about even the potential of more troops? Blergh.  I’ve been a fan of Sansa’s pivotal transformation into the matriarch of the Stark household ever since she crossed the river with Theon and made Brienne her right hand man, but has she become so jaded that she’ll risk the lives of so many men and the life of her own half-brother?

They never did have as close a relationship as Jon and Arya, but to that effect, none of the other Stark children did. Just saying, she could of mentioned it. “Hey bro, this guy who is madly in love with me and willing to do anything to make up for handing me over to a sadistic rapist- he might come through with enough troops to help us win the entire battle. Just wait, MAYBE one more day.” Very simple. Maybe Jon could of held out just a couple more minutes. Get with it, Sansa. What are you hiding anyway?

Unlike a lot of viewers, I am totally rooting for Sansa-lish’ (taking the liberty of dubbing the potential couple name of Petyr Baelish and Sansa Stark here). I read the books up until Dance of Dragons, and though I got a little overwhelmed with sigils and what people ate when “breaking their fast”, if there’s one thing I learned, it’s that Petyr’s love for Catelyn was one of the purest and most unwavering things that was ever allowed to live and flourish in the Game of Thrones universe. It was unrequited and still caused him unimaginable pain, but at least he was allowed to have it. He did not know what Ramsay Bolton was capable of. Sansa learned as she professed this episode, “No one can protect anyone”, and what Ramsay did to her was not Petyr’s fault. If anything, it’s Roose Bolton’s for knowingly giving the Stark girl to his Mad Dog bastard.

Anyway, this season’s theme of purpose and resurrection has been illustrated time and time again; Sansa’s crossing the river, the return of Sandor Clegane, the reveal of Benjen Stark, Hodor’s being the fucking Matrix in one scene, Yara’s finding her place under Daenary’s rule, Arya’s surviving the death water and (obviously) realizing she isn’t no one, Theon’s acceptance of his role at Yara’s side, Jon’s literal resurrection, and now, as of June 19, 2016 Jon and Sansa’s reclaiming of the Stark home. Jon has been chosen by the Lord of Light, and he’s at least here for now as a piece of the Lord’s plan, according to Melisandre. Maybe he’s around only to be killed again after Daenarys rises to power in Westeros. I sense a Lord-off between the Red Priestess in Meereen and our tried and sometimes true Melisandre. Jon’s being saved for something though, and Melisandre believes in him. Let’s see if next week her Lord of Light guides Jon to the right decision about what to do with her once Davos exposes the ‘Shireen Incident’ aka ‘The Wicker Girl’.

Currently re-watching the groundwork of the battlefield scene, the camera following Jon through the falling intestines and the gut wrenching screams. This battle has redefined the way television and movies will approach violence now. I hope everyone is ready to see more of what we saw tonight. Brace yourselves. Game of Thrones went there, The Battle of the Bastards went there, Miguel went there, and now the rest of world has gotten the greenlight to do what they should have been doing all along; keeping it fucking real. Were we even ready for this?

The random chaos of the arrow rains hammered my soul down with stress, the encirclement of Jon and the stragglers at the hands of Bolton foot soldiers pushed into my own dooming fears with every spear thrust, seeing men half alive buried underneath the mutilated bodies of their own kinsman drowned me in my own nausea. I will have nightmares. The world will never forget the camera pulling off Jon’s face in a sea of half dead, half screaming bodies. The world will have nightmares- and we have been waiting so long. Thank you, HBO.

Ramsay is dead. Thank the gods. And Sansa, yas Queen, work it with that satisfied smirk as you walk away from your ex-captor’s screams. She’s joined the ranks of this show’s most iconic smirking ladies; watch out Cersei Lannister and Marjorie Tyrell. She’s coming for you.

I can’t say anything about Daenery’s destruction of Meereen was surprising, but dayum, was it well executed. I think we can all come to a consensus about these dragons being the coolest ever to grace our screens. A moment of silence for the units of talented wizards who conjured these badass creatures into our reality. They’re modeled after the Wyvern shape as opposed to the traditional four legged dragon too, and I never thought that particular “breed” of dragon could be so magnificently badass.

Finally, Rhaegal and Viserion are loose, not just Drogon. Even though it was Drogon who killed that little girl. But I guess it’s okay now because he’s killing bad guys and not little girls? What happens when one of them tries to eat some of the Dothraki horses? Or maybe that just won’t be convenient for the plot or budget. They seem to be good listeners now, I wish we had our dragon expert who never believed in dragons, Jorah Mormont, to shed some light. Where is he? Is he going to meet Samwell Tarly? I’m glad Sam’s balls dropped far enough to steal his daddy’s sword. Good job, Sam. Now go learn everything about White Walkers so that someone can save Jon again. Just in case Melisandre dies.

Can Tyrion also plan out some thick armor for the dragons? We ALL saw them speared in the fighting pits by the Sons of the Harpy. Apparently these dragon scales are not the proper material for a sturdy Mithril shirt. Let’s throw some armor on those bad boys, give the audience a little peace of mind please. WE ALL SAW THE SPEARS, GUYS. TYRION IS SMARTER THAN US AND HE SEEN’T IT. HE SEEN’T IT. 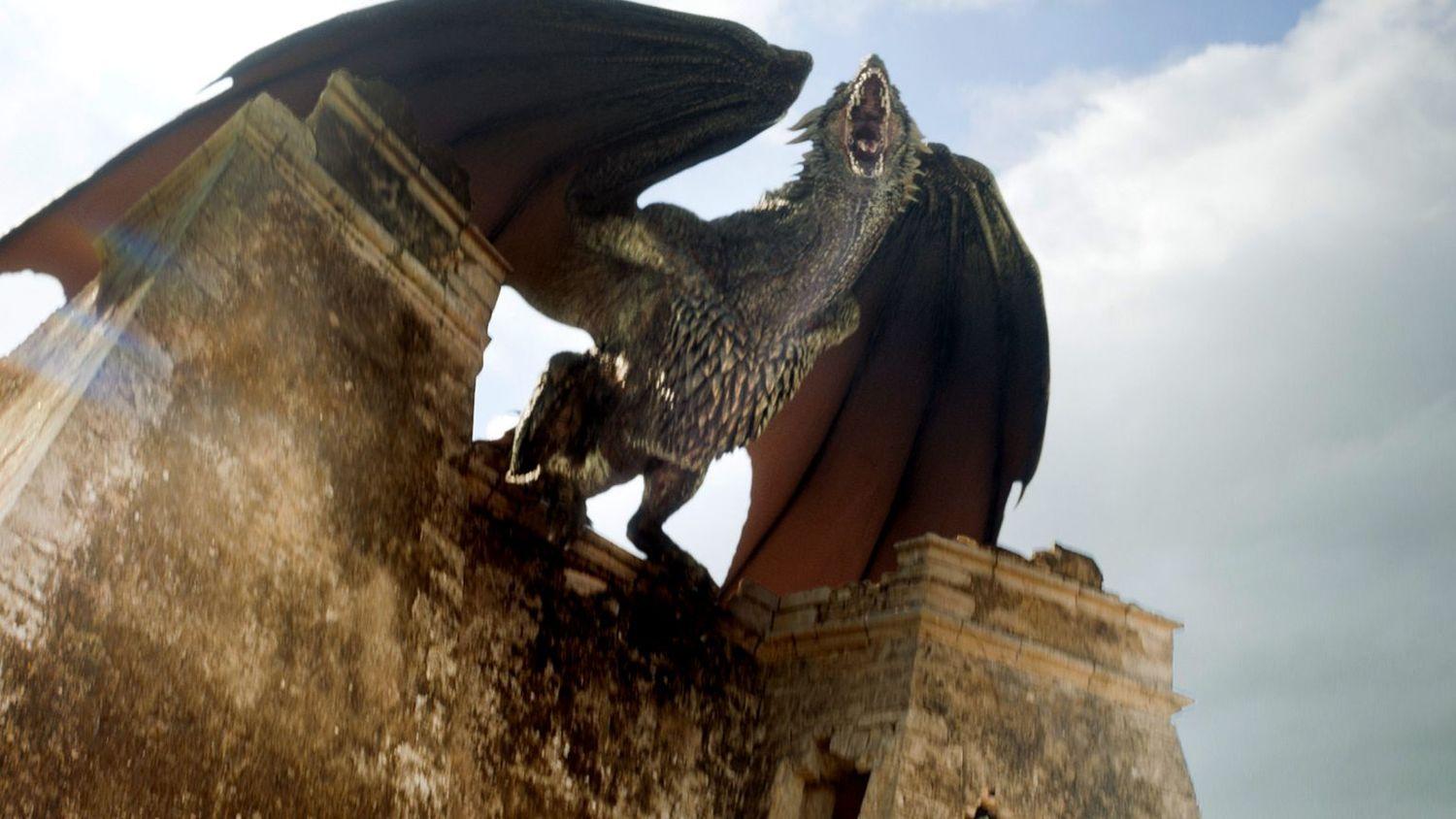 To put it bluntly, I’ve been a little confused as to how the episodes have been going by so fast- and yet so fast. But after seeing this episode, it’s easy to see where the ten million dollar per average episode estimate came from. l realized I will also be okay if they don’t introduce Lady Stoneheart this season, I’ve seen enough bloodshed. This was a KILLER episode. Congratulations HBO for giving all of America a nightmarish dose of Medieval PTSD.

Sincerely,
The Tall, Warrior-esque, Redhead Woman Who Everyone Says Belongs on the Show

P.P.S. Don’t kill me as fast as you killed that awesome Wildling Mom who told that Thenn Warrior “Fuck it, they’re dead”. She was cool. You guys killed her with those dead kids and we were all like, “WHAT, NO WAY SHE WAS COOL THOUGH.” But that’s what you do, you kill off cool guys. And that’s why you’re the best most unique show on TV and why your episodes feel more gratifying than most feature films. Thank you.