How To Drive Traffic To An E-commerce Store With Instagram

In a major announcement by Tesla on October 19, the electric car automaker revealed that all its vehicles under production would be equipped with full self-driving capabilities, including the upcoming Tesla Model 3 electric car.

Though it will be several years before the software is actually ready, Tesla’s decision to equip all its current cars with self-driving hardware is a bold one, since we are talking about hardware that is expected to hold ground at least a decade down the line.

Elon Musk claims that the software should be ready within the next few years; however, experts anticipate such capability to be ready only 5-10 years down the line.

New Hardware Suite To Have Cameras and Sensors, Activation To Cost $8000

Following are some excerpts from Tesla’s announcement:

“We are excited to announce that, as of today, all Tesla vehicles produced in our factory – including Model 3 – will have the hardware needed for full self-driving capability at a safety level substantially greater than that of a human driver. Eight surround cameras provide 360 degree visibility around the car at up to 250 meters of range.

Twelve updated ultrasonic sensors complement this vision, allowing for detection of both hard and soft objects at nearly twice the distance of the prior system. A forward-facing radar with enhanced processing provides additional data about the world on a redundant wavelength, capable of seeing through heavy rain, fog, dust and even the car ahead.

To make sense of all of this data, a new onboard computer with more than 40 times the computing power of the previous generation runs the new Tesla-developed neural net for vision, sonar and radar processing software. Together, this system provides a view of the world that a driver alone cannot access, seeing in every direction simultaneously and on wavelengths that go far beyond the human senses.

Before activating the features enabled by the new hardware, we will further calibrate the system using millions of miles of real-world driving to ensure significant improvements to safety and convenience.

While this is occurring, Teslas with new hardware will temporarily lack certain features currently available on Teslas with first-generation Autopilot hardware, including some standard safety features such as automatic emergency braking, collision warning, lane holding and active cruise control.

As these features are robustly validated we will enable them over the air, together with a rapidly expanding set of entirely new features. As always, our over-the-air software updates will keep customers at the forefront of technology and continue to make every Tesla, including those equipped with first-generation Autopilot and earlier cars, more capable over time.”

Elon Musk’s latest strategic maneuver in the race to build self-driven cars is undoubtedly brilliant but also fraught with risk, as speculations abound about the viability of such hardware over the course of 10 years. Technology evolves at a rapid pace and it remains to be seen whether Tesla’s hardware for autonomous driving fades into obsolescence or calibrates well with the advanced software for self-driving. 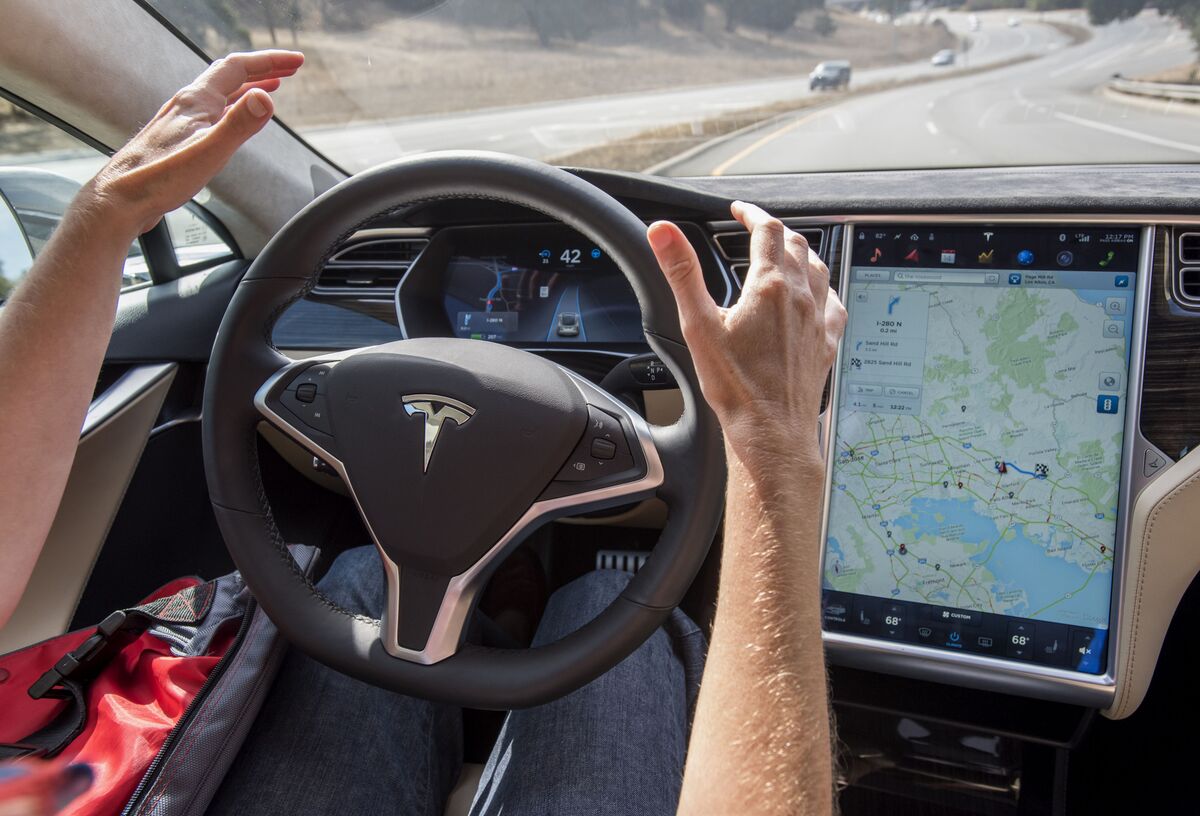 The hardware suite, which includes the new ‘Enhanced Autopilot’ (an advanced version of the current Autopilot system) and ‘Full Self-Driving Capability’, is already available on the Model S and X, and will be installed in the Model 3 as well. However, activation for the enhanced autopilot will cost $5,000, while the full driving feature will be available for $8,000.

The updates will be installed in Tesla’s car over-the-air, and the automaker will depend on crowdsourcing to improve its self-driving technology.

Will Elon Musk’s Bold and Risky Gamble Pay Off?

For years, Tesla’s competitors, especially Google, Ford and GM, have been in the forefront of self-driving technology, but it will be difficult to compete with Tesla in this area since their vehicles lack self-driving hardware and over-the-air updates.

‘What Tesla is doing, and their ability to continue to upgrade the system, it gives them the ability to catch up, and it gives them real-world testing and data collection at a huge level. I don’t think Tesla minds that they can put the car out without having it be a finished product. It is something that Google and GM and others just refuse to do. They feel like it has to reach a perfection level,’ says Mike Ramsey, a research director at Gartner.

A particular area of concern is the fact that Tesla is not using a LIDAR sensor, the light-sensitive laser imaging radar which many industry experts feel is a necessary component to build a self-driving car, in order to keep costs down. Previous Tesla models were equipped with tech provided by Israeli firm MobilEye, but the autopilot mode came a total cropper after the death of Joshua Brown, a Tesla enthusiast, by a tractor-trailer in Florida in May, following which Tesla parted ways with the company.

‘It’s totally risky what they doing,’ Ramsey said. ‘At the same time, it’s kind of revolutionary in the way car companies do things.’

There is no denying that more deaths from autopilot cars will result in a fierce backlash, with regulators clamping down on the self-driving industry.

‘The announcement clearly raises buyer expectations for full autonomy; however, we still see significant technological, legal and regulatory uncertainties,’ says Colin Langan, an equity analyst with UBS. ‘“While significant progress has been made, the technology needs to be almost perfect before mass adoption, and there are many edge cases.’

EV sales depend on various factors, and recent trends indicate that demand for electric cars will continue to rise in the coming years. With the COP 21 agreement on climate change, the likely implementation of the U.S. Environmental Protection Agency’s Clean Power Plan (due to a strong possibility of a Hillary Clinton win in the upcoming presidential vote on November 8), and a growing focus on use of clean energy, the future seems to be firmly set for an electric car boom. Investing in research and development for new EV technologies such as autonomous driving is a smart decision on part of Tesla and is likely to reap rich dividends in the future.

According to data released by Securing America’s Future Energy (SAFE), sales of battery and plug-in hybrid electric car surged 63% year-over-year in Q3 2016, marking the sharpest increase in sales in the past two years. Q3 also marked the maximum number of new vehicle sales, recording a 20% quarterly rise (+45,000 units). The sales figures for battery vehicles were led by Tesla, with around 24,500 deliveries made during the quarter.