When people think of the unsung heroes of the modern world, one of the first things they should think of are water pipes. These wondrous objects have become so commonplace in many places in the world that they’ve simply become part of the background in many of our day-to-day lives. Most people don’t think twice about the fact that they have access to running water, whether it’s potable or not. When’s the last time you’ve had to ask somebody if they had a bathroom in the house, after all?

While many people living in modern urban regions have access to plumbing systems, we are by no means the first few generations of humans to benefit from the utility of water pipes. Ancient Egyptians, ancient Greeks and the Romans all had impressive forms plumbing, as shown by archeological excavations. They made use of different types of materials to move water about. Egyptians first made use of clay, then copper. The Isle of Crete has archeological evidence of terracotta piping, used for one of the world’s first “flushing” toilets. Romans used lead pipes, though log pipes were favored in the Middle Ages before lead made a comeback in later centuries.

How’s this for a fun fact: Rome’s Cloaca Maxima is the oldest sewer system to be still (somewhat) operational to this day. It started off as an open stone-lined stream bed, creating a sewer channel in the 6th century BC. It was later enclosed with stone in a semicircular vault design. It has been worked on and repaired over the years, and today, concrete has been used in place of the original stones to maintain this historical wonder into the future.

The early 20th century is not some faraway time; one woman who recently passed away was officially recorded as having been born in the 19th century! You might therefore be astonished to find out that operational water pipes in this period were made of everything from wood and clay to cast iron and steel. 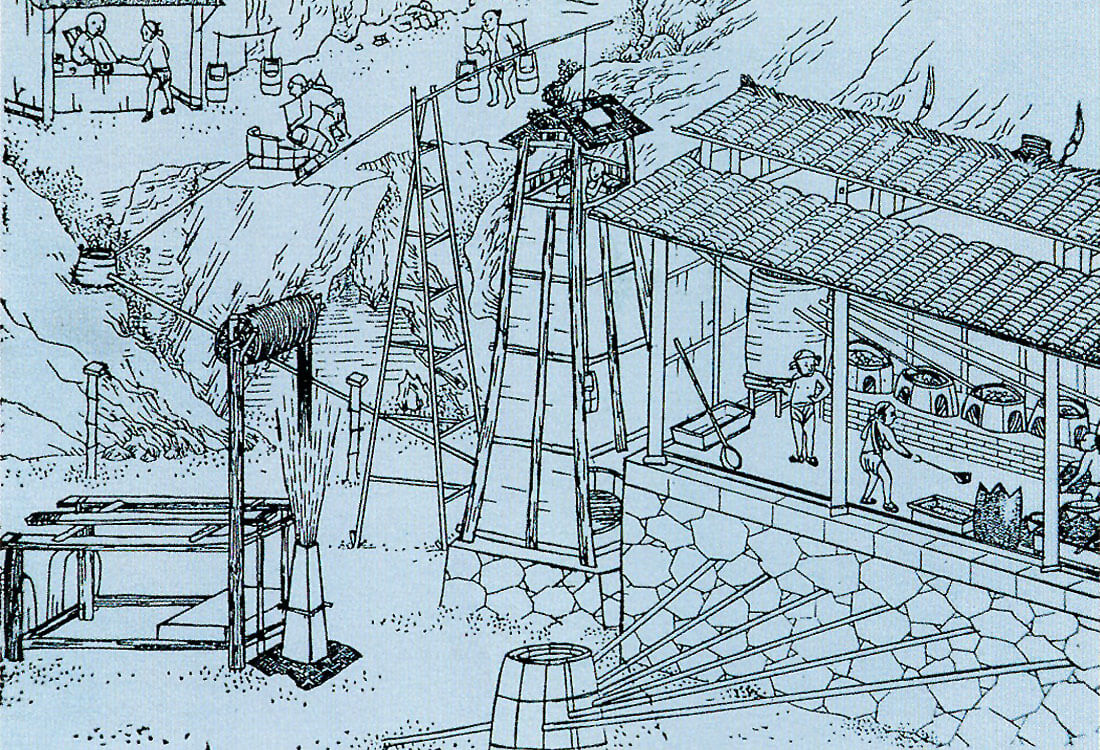 Some wooden pipes found in the US in this time were said to have been laid down as early as the 17th century, though by the mid to late nineteenth century, new water pipes bound by iron, steel or bronze and coated in asphalt began to grow in popularity. These new ‘Wyckoff pipes’, named after their patent-holder, A. Wyckoff, were manufactured all across the US, and even in Vancouver, Canada throughout the early 20th century.

Common knowledge puts it that modernity really took off in the 20th century, particularly during and after the First World War. This is not only true of art and mass weapons of destruction, but the world of plumbing as well. For instance, chlorine may have been used to kill and to main during the war, but by 1919, Abel Wolman and Linn H. Enslow were conducting scientific tests to determine water chlorination standards for medical purposes. Thanks to their efforts, water could be safely chlorinated (and continues to be so today) in order to eliminate diseases like cholera and dysentery that had once decimated entire populations around the world.

Even water pipes themselves underwent changes throughout the 20th century. Most notably, in the late 1940s, the ductile cast-iron pipe became an industry standard. This new material had the advantage of being strong like steel, but with the life expectancy of gray cast iron of at least 100 years. It continues to be in use today, as it also has the advantage of being quite resistant to corrosion.

Unfortunately, despite advances in technology over the course of the last century, not everybody has access to a modern plumbing system or to potable water. Furthermore, even in many places in North America with existing systems, water infrastructure has become so aged that maintenance costs will most likely exceed $1 trillion US dollars over the next two decades or so. This is hardly surprising given that the water pipes serving American homes date to about 50 years ago or more, when the country was in an economic post-war boom. Some pipes are even over a 100 years old, dating back to the early modern days of plumbing. You can be sure that a water leak detection system isn’t the only thing needed in such situations. Everything from potable water systems to wastewater and stormwater systems will require upgrades and new investments in the years to come, or else these unsung heroes of our modern society just may succumb to old age and other factors.  The Southern and Western United States are particularly at risk of being adversely affected by infrastructure and investment challenges.

While it may be tempting to bury our heads in the sand, the lack of appropriate water leak detection methods and other inspection systems in place can cause infrastructure problems to wreak havoc upon our society. For instance, compromised water pipes can lead to the spread of disease, while problems like leaks can undermine fire-fighting water pressure capabilities when it is needed the most.

In sum, careful planning and crucial investments must be made into our water systems, especially those whose installations date back as far as the late 19th century. Though old water pipe systems may be of historical interest to the archeologists amongst us, these relics will be of better use on a shelf than underground, where their continued use may jeopardize our communities into the future.