A vast number of different today’s file types created by numerous applications of several operating systems result in a rather likely situation when someone can’t open a file made in one OS using another OS. It’s not rare that people using Windows OS run into a problem of not being able to open files having certain suffixes and one them is the .numbers extension.

These files are products of the Apple iWork Numbers application which is a part of the iWork Productivity Suite existing in the Mac OS and is similar to the Excel program of the Microsoft Office for Windows. Files of this kind are spreadsheet documents that usually include settings, tables, graphs, formulas, pictures, etc. In Windows, XLS such data is produced and kept in files created with the Excel program and have XLS or XLXS extension.

The .numbers files are created in the Mac environment and have never been supposed to work in any other OS including Windows, so people just can’t open such files using Windows programs. If you have both Windows and Mac operation systems you may face the same difficulties when after having made a .numbers file in the Mac OS you need to use it in Windows. But if you want to know how to open .numbers file, read here. 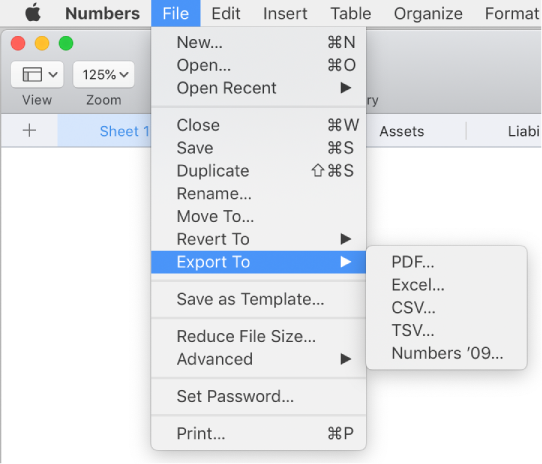 Users of the Mac OS just open their .numbers file in the Numbers tool and export it as a file in an acceptable for the Excel format. So if you’d like to use .number file in Windows, you open or create it with the “Numbers”, then go to the “File”, choose “Export” in the drop-down menu, then you move “To Excel”. You can export to either .xlsx or xls.formats. The xlsx is suitable for the newer Microsoft Excel programs while the xls will work in the Excel of older versions. After completing the above you have to choose or create a folder to save the file with the new extension. Now you can transfer it to the other computer with the Windows OS run on it and open it with the Excel application.

For those people who don’t run the Mac OS on their machines but need to unlock the data containing in a file with the .numbers suffix, there are wonderful online conversion services that can give a hand in achieving the goal and among them are such online tools as CloudConvert and Zamzar.

Zamzar site will ask you to give your email address and will use it for sending converted files. The service is pleasantly easy to use. You just find on your computer the file you want to convert and upload it, then you select the output format, after that, you enter your email address to which you want the converted file to be sent to, and then you just click the button “Convert”.

The tool CloudConvert may seem better because it lets you download the converted file directly from the site to your computer. You just go to the site, upload the file you’d like to be processed, select the format for the end file and hit the button “Start Converting”. The converted file can be downloaded and opened with the Excel application.

Some other programs, for example, the “Free File Converter” or the “Parallels Tool Center” are known as being able to work with the .numbers files, read more about this.

Is The PMP Certification Exam Changing In 2021? How’s Your House?: Steps About Getting A Home Mortgage