The Halo TV show is officially greenlit. Yes, for real. Speculation surrounding a TV series based on the critically-acclaimed Xbox shooter has been high since the past five years when Steven Spielberg announced he would be producing a live-action adaptation of the franchise. The initial release of the show was pegged at 2015, but it never came to fruition and all the rumor-mills eventually calmed down. Most were wondering whether the show was stuck in development hell, whether the issue of creative rights had not been sorted out, and other related complexities that come with a popular franchise.

But now, the announcement is official. Here are all the updates on the Halo TV series to get you excited:

What Are The Details On Production?

The show has been ordered for a 10-episode live-action season by US channel Showtime. It will be produced by Steven Spielberg’s Amblin Television, and Kyle Killen (Awake) will serve as the executive producer and showrunner.

We're thrilled to share that @Showtime has announced details on a brand-new television series based on the Halo universe, in partnership with @amblin! Check out first details from our own @k_wolfkill. #HaloTV https://t.co/fOPUeHMyF3 pic.twitter.com/hew3TlIt60

Several episodes will be directed by Rupert Wyatt (Rise of the Planet of the Apes). Production on the epic Xbox gaming franchise is likely to kick off in early 2019, so the release date can be expected around late 2019 or 2020.

What Will Be The Plot Of The Show?

Though details are scarce, Showtime has stated that the TV series will “combine personal stories with action and a “richly imagined vision of the future”. That means the first season is likely to have a lot of futuristic world-building as well as exciting battle scenes between the United Nations Space Command and the Covenant. We are pretty sure that the events of Halo: Combat Evolved will play a central role in the TV series since it was the game that kicked things off for the franchise.

There is loads of material the show can draw from because the Halo universe goes beyond the game series to include books, comics, as well as two miniseries that are part of the canon – Halo: Forward Into Dawn and Halo: Nightfall.

Showtime CEO David Nevins was beyond enthusiastic with the development:

“Halo is our most ambitious series ever, and we expect audiences who have been anticipating it for years to be thoroughly rewarded. In the history of television, there simply has never been enough great science fiction. Kyle Killen’s scripts are thrilling, expansive and provocative; Rupert Wyatt is a wonderful, world-building director; and their vision of Halo will enthrall fans of the game while also drawing the uninitiated into a world of complex characters that populate this unique universe.”

Which Characters Can We Expect In the Show?

Earlier in January 2018, Showtime’s Gary Levine had stated that the show would ‘definitely satisfy the fans of Halo and… the drama audiences of Showtime“.

That likely means we would certainly see Master Chief, his personal AI Cortana and the primary antagonist 343 Guilty Spark, as well as other characters and groups to serve an intriguing platter of stories. 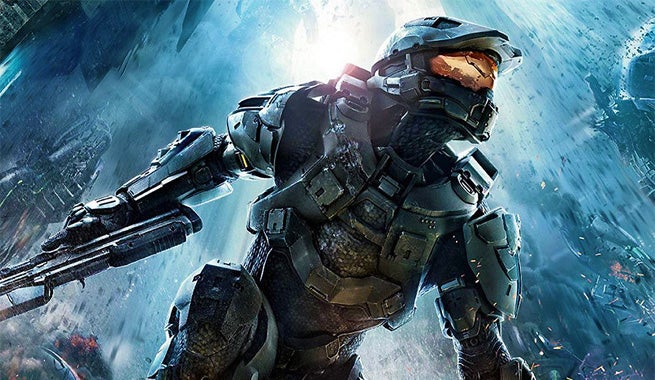 Interesting Facts About The Halo Franchise

The multi-billion dollar franchise that made the Xbox a household name and Master Chief as one of the most iconic protagonists in gaming history has quite some interesting infobytes associated with it: