Since 1992, speed cameras have been the public enemy for many drivers in the United Kingdom and until today, it’s has been hard to overstate how schismatic these devices have become.

Many organizations including the safety campaigners insist strongly that speed cameras are life-saving devices making the majority of vehicle owners to drive within the required speed limits. Still, some drivers have a certain belief that they are nothing but traps to generate revenues for the government using a great deal of money they make through fines – rather than reducing risks on the roads. 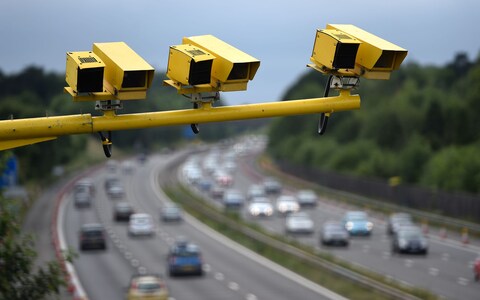 Many studies across Europe and the United States have investigated whether cameras have been able to reduce collisions successfully and if installations of more speed cameras may reduce road accidents at a greater scale in the future.

Study And Investigations About Speed Cameras

According to a certain study conducted at the LSE (London-School of Economics and Political-Science), it has been found that speed cameras are one of the most effective objects to reduce collisions and number of accidents on the roads. From the year 1992 when first-speed cameras were introduced on the British roads to 2016, the number of accidents was reduced by between 17% and 40%, and deaths were reduced by between 58% and 69% within a distance of 500m where cameras were put in place.

The investigation further indicated that if the British government considers adding about a thousand cameras on the roads, it could save about 190 lives, mitigate about 330 severe injuries, and reduce about 1130 collisions annually. Moreover, it could make roads safer for use by all citizens. If cameras could be moved from where they are currently localized, to say 1.5 kilometers away, a slight increase of collisions is significantly noticed. This is mainly due to an effect that is known as “kangaroo” where motorists speed up past the camera surveillance causing further collisions and therefore more accidents.

Another study conducted by RAC-Foundation, a research and transport policy organization concerning safety, environmental, mobility and economic issues connected to roads, indicated that the number of serious and fatal collisions have reduced in places where speed cameras have been fitted by more than a quarter.

The organization studied 551 installed-cameras in 9 different places in England. They found out that after the speed boxes were set in place, vehicle collisions dropped drastically by 27%. The director of RAC-Foundation, Prof. Glaister stated that without speed cameras, more than 800 people would be seriously injured or killed each year. This is based on a certain report the RAC-Foundation team published in 2010.

In the US, a recent study by IIHS (Insurance Institute for Highway Safety) on the successfulness of speed cameras on reducing road collisions and accidents suggest that cameras may reduce such incidents from happening by nearly 19% due to speeding.

The study continues to indicate that cameras have by 59% reduced the possibility of a motorist speeding up to more than 10-mph. This is when compared to places with the same type of roads such as Virginia where there is few or no speed cameras installed. As the study continues to suggest, if speed cameras were installed nationwide, it could have prevented more than 21000 deaths or severe injuries in 2013.

Speed-cameras are vital gadgets according to several published reports concerning transport and road safety. It’s, therefore, wiser for government states to consider investing in the more effective speed cameras such as mobile and variable speed cameras which can cover a larger area while enforcing speed limits with lower risks of “Kangaroo effects”. This is better than funding other sectors such as those involving the police traffics and etcetera. These could prevent more collisions and save many lives in the future.